How many wedding speeches should be given at a wedding? This is a common question, and like it is with much of the wedding planning process, it is up to the happy couple.

A wedding toast or speech is given by family and friends. It’s a chance for others to express their joy and best wishes for your new life together. It’s also a way of publicly saying thank you to those who have helped before or during your wedding day.

There are traditional orders in which these speeches are given, but often these traditions are outdated. At the end of the day, it is up to the newlyweds.

Wedding speeches or toasts are an opportunity for our friends and family to congratulate you and your fiancé on your big day.

While the origin of wedding speeches is unknown, the symbolism of sharing a drink shows you trust those around you. The term ‘toast’ itself came from the piece of bread which was put into a wine cup. It soaked up the sediment at the bottom and the cup was passed around.

The person who reached the toast first by drinking from the cup became the winner.

Who gives speeches at a wedding?

Traditionally the speeches at weddings were given by 3 people – The father of the bride, the groom, and the best man. This is an old tradition that is very outdated and if it doesn’t suit your wedding, don’t feel tied down by it.

At weddings these days it is much more common for more people to speak. It is common for the maid of honor, close friends, and the bride to speak as well. At weddings of same-sex couples, both grooms and brides may want to speak.

Father of the bride speech

Traditionally, the bride’s father makes the first toast. This is because traditionally the bride’s parents took on the cost of the wedding. Nowadays the couple often pays for it themselves, so the FOB can be replaced by the Groom’s speech instead.

The father of the bride welcomes everyone to the wedding and welcomes the groom into his family. He can go on to tell a funny or heartwarming story or two about the bride growing up. The speech can be finished off with a toast to the newlywed couple.

The groom’s speech is one that is traditionally centered around thanking everyone. The groom thanks the father of the bride if they have just done a speech; the guests that have come to celebrate the wedding; both sets of parents; the best man and the wedding party – This can be done by thanking each person individually, or by thanking them as a group. Then, thank anyone else that helped shape the wedding. Lastly, the groom should say thanks to his new partner and include a compliment about them.

In LGBTQ weddings, if two grooms want to speak then you must decide who says what. You could deliver a joint speech, or one each. If you’re both speaking separately, don’t double up too much on what you’re saying. You will want to both thank your guests and new parents, but also keep the speeches different.

The best man’s speech isn’t meant to be a serious one. While you don’t need to make it an after-dinner comedy routine, a few funny stories and jokes lighten up the evening after the more serious speeches have been given. Avoid sharing overly embarrassing stories in front of the parents of the groom and bride.

If there are any special people that couldn’t make it to the wedding, the best man can read out any words they wrote down, on their behalf. See how to write a best man speech here.

The father of the groom often speaks, and the maid of honor may be asked to give an opening or closing speech before or after dinner. The groom’s brother could also speak if he wants. Traditionally the bride doesn’t give a speech at a wedding but she definitely can too if she likes! She may want to thank her new husband or wife. If there are any other important people, a cousin, sister or best friend, that you want to say a few words to at your wedding – ask them!

If one of the traditional speech makers is not a fan of public speaking, have someone else step in their place. For example, if the father of the bride is too nervous, the mother of the bride could step up instead.

The order of speeches at a wedding.

The traditional wedding speech order is as follows: the father of the bride, the groom, and the best man. The groom’s dad may also give a speech if he wishes to do so.

If you are having a master of ceremonies, then they would technically become the first speaker and the other speakers.

How long should wedding speeches be?

Around 4-5 minutes is a good wedding speech length! Long speeches can get a bit hard for the audience to sit through and the best toasts are often short and sweet!

Certain speeches can be longer, but in general, keep them around the 5-minute mark and no more than 10 minutes. Any longer than that and your audience will lose interest and start to fidget! If someone you’ve asked to speak is known to waffle for a long time, set them a time limit to keep things on track. You can also decide the length of speeches based on the amount people giving them.

If there are three to five people speaking, each should aim for about five minutes. If there are more than five speakers, then the speeches should be shorter—around two or three minutes each.

When should the wedding speeches be?

The speeches happen after the wedding ceremony. You can have speeches after dinner, between courses, or even during the meal. Having them during the main course can be a good timesaver. Just be sure to let wedding guests know to keep eating, and tell venue staff to continue serving and clearing away plates.

Speeches can also occur during dessert service. If you have a wedding MC they can announce when the next speaker is going to give a speech. If you have no MC, make sure everyone knows what order they’ll go in beforehand so things don’t get confusing.

Are there speeches at the rehearsal dinner?

Stories about the couple can be shared. Toasts can be made by the maid of honor or chief bridesmaid, the mother of the bride, the bride’s father, and anyone else who wishes to say a few words. 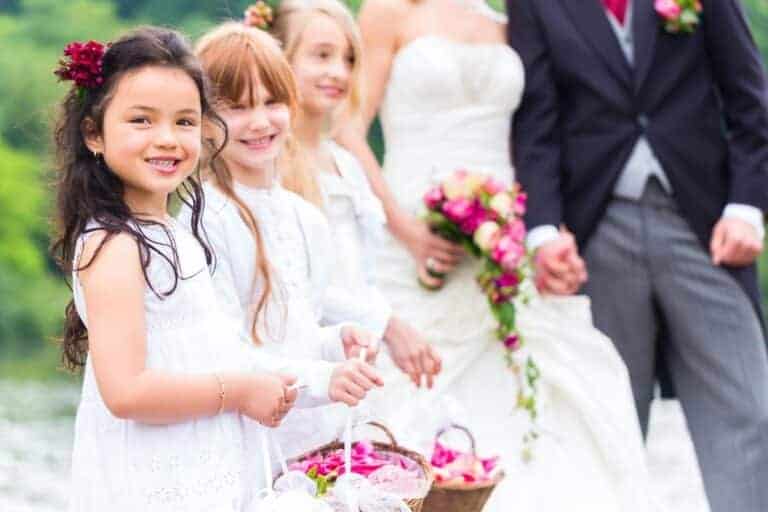 If there are children coming to the wedding, then having some planned wedding activities for kids is a great idea. Not only do they help keep the children from being bored, but they offer a chance for the parents to connect with the wedding guests while their children are having fun. Here we provide ten…

An eco-friendly wedding. Sounds like something from the future, doesn’t it? Yet many brides (and their grooms) are bringing their passion for everyday eco-friendliness to create their own eco-friendly wedding. They want to ensure that from the reception venue through to their transport, that they make the kindest choices possible for the environment. When it… 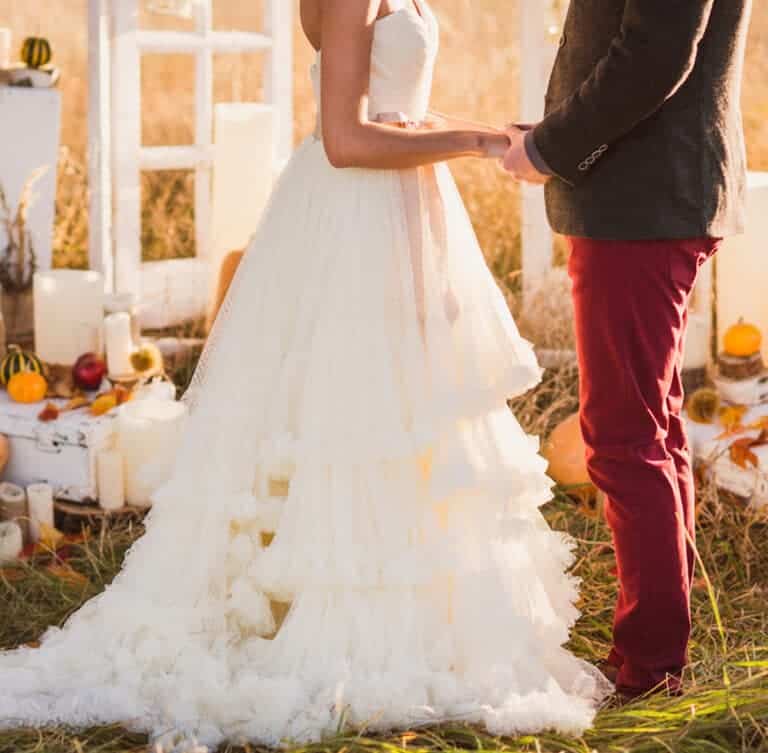 Are you looking for some fall wedding ideas on a budget? If so, then you’ve come to the right place! Fall weddings are a popular choice amongst many couples. It is a beautiful time of year when nature is full of color or vibrancy. Fall weddings offer a chance to wear and utilize the colors… 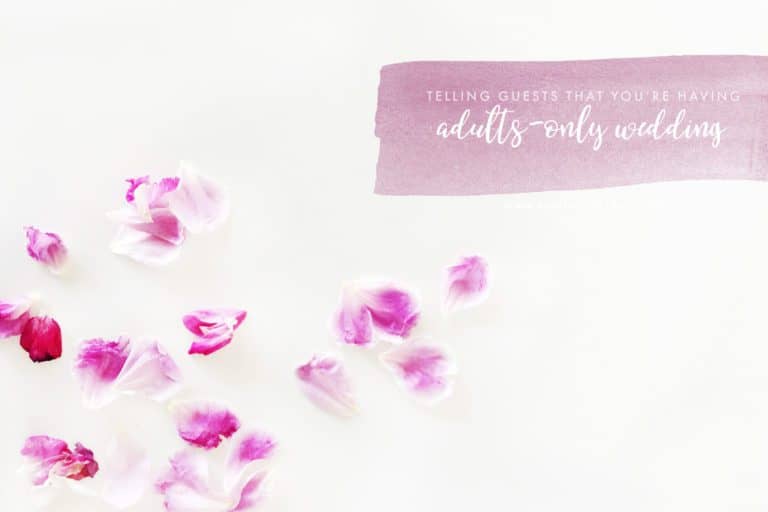 More and more people are asking the question – “how do I tell parents that we don’t want their children at our wedding?” The reality is that more and more brides, and grooms as well, do not like the idea that children will be coming to their weddings. And that’s okay. Here we are all… 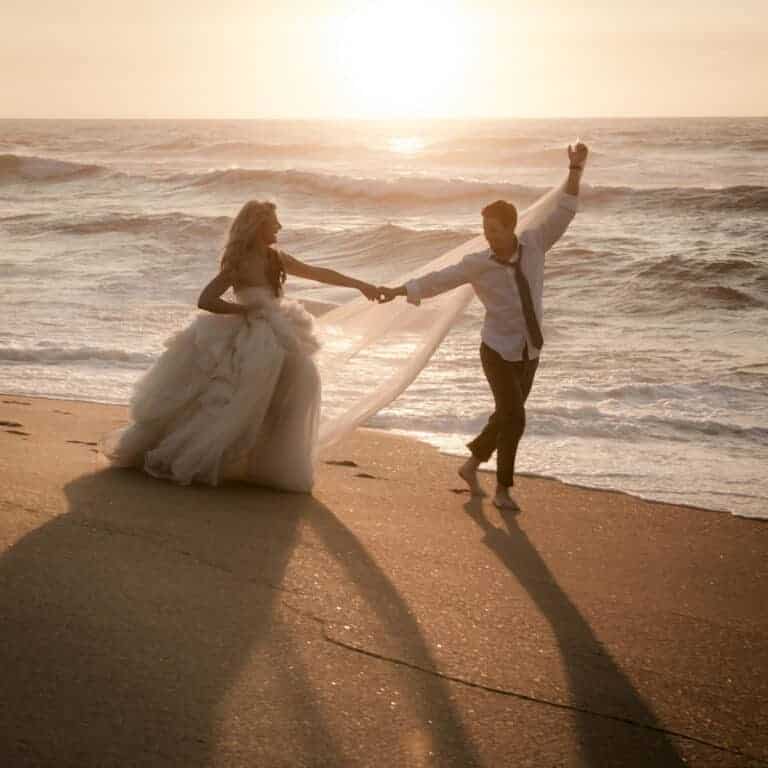 A dream beach wedding is on the wish list of many couples. White sand beaches, blue water and a shining sun make a picturesque setting. However, beach weddings aren’t always as simple as movies portray them to be. The good news is that if it’s a local beach, these weddings can be a bit cheaper… 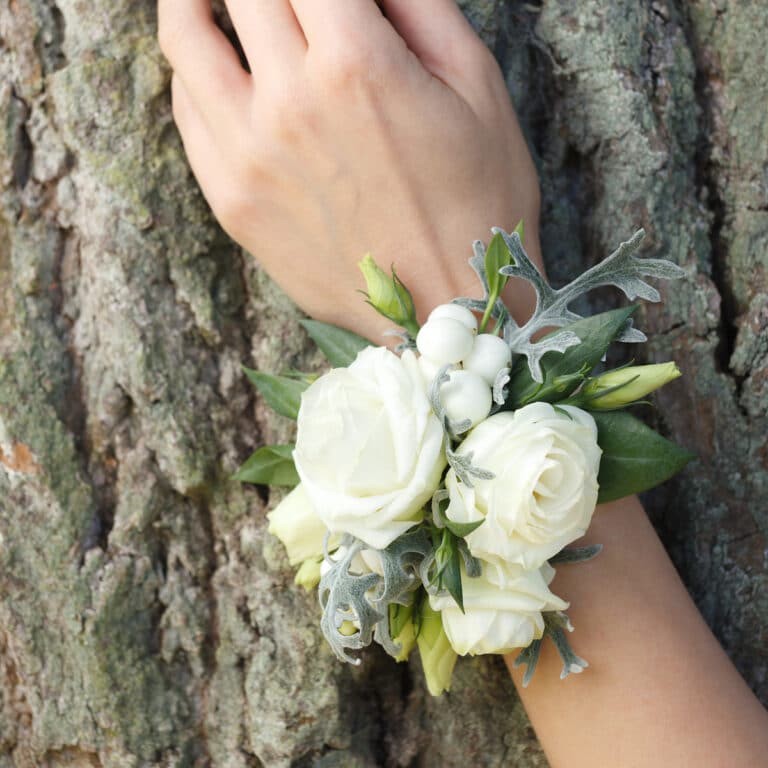 The wedding corsage is a common piece of wedding attire that the bride and bridal party usually wear on the big day. Whether you’re the bride or a bridesmaid, this floral adornment will make your outfit stand out from all the others in attendance. But what is a corsage? Who wears corsages at a wedding?…